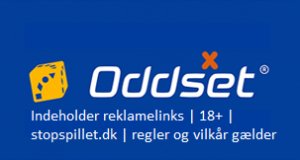 Leicester City will play in this match following a 1-1 Premier League drawn match vs Everton.

Their latest results reveal that things are going according to plan in the Leicester City rearguard. The Foxes have been miserly, with the total number of goals that have gone in at their end during their past 6 clashes standing at 3. Previous results aside, time will tell whether that trend might be maintained in this next match.

Taking a look at their past results, Leicester City:

have not lost a league tie with Leeds United in their last 4 games.

are undefeated in their last 3 home league matches.

Leeds United go into this match following on from a 1-2 Premier League win to beat Newcastle United in their most recent fixture.

The trend of at least one side getting a clean sheet in games involving Leeds United has been fairly consistent of late. A glance at their last 6 games reveals that it’s occurred 5 times. During these clashes, opposing sides have hit a goal aggregate of 8 and The Whites have scored 8.

Analysis of their past results shows that Leeds United:

have not registered a win against Leicester City when they've played them away from home in the last 2 matches in the league.

are undefeated by Leicester City when having played them away from home in the previous 4 league matches. Away fans have certainly had plenty to cheer about.